​ The tomb that changed the world | The Explorers Club ​ ​

The tomb that changed the world 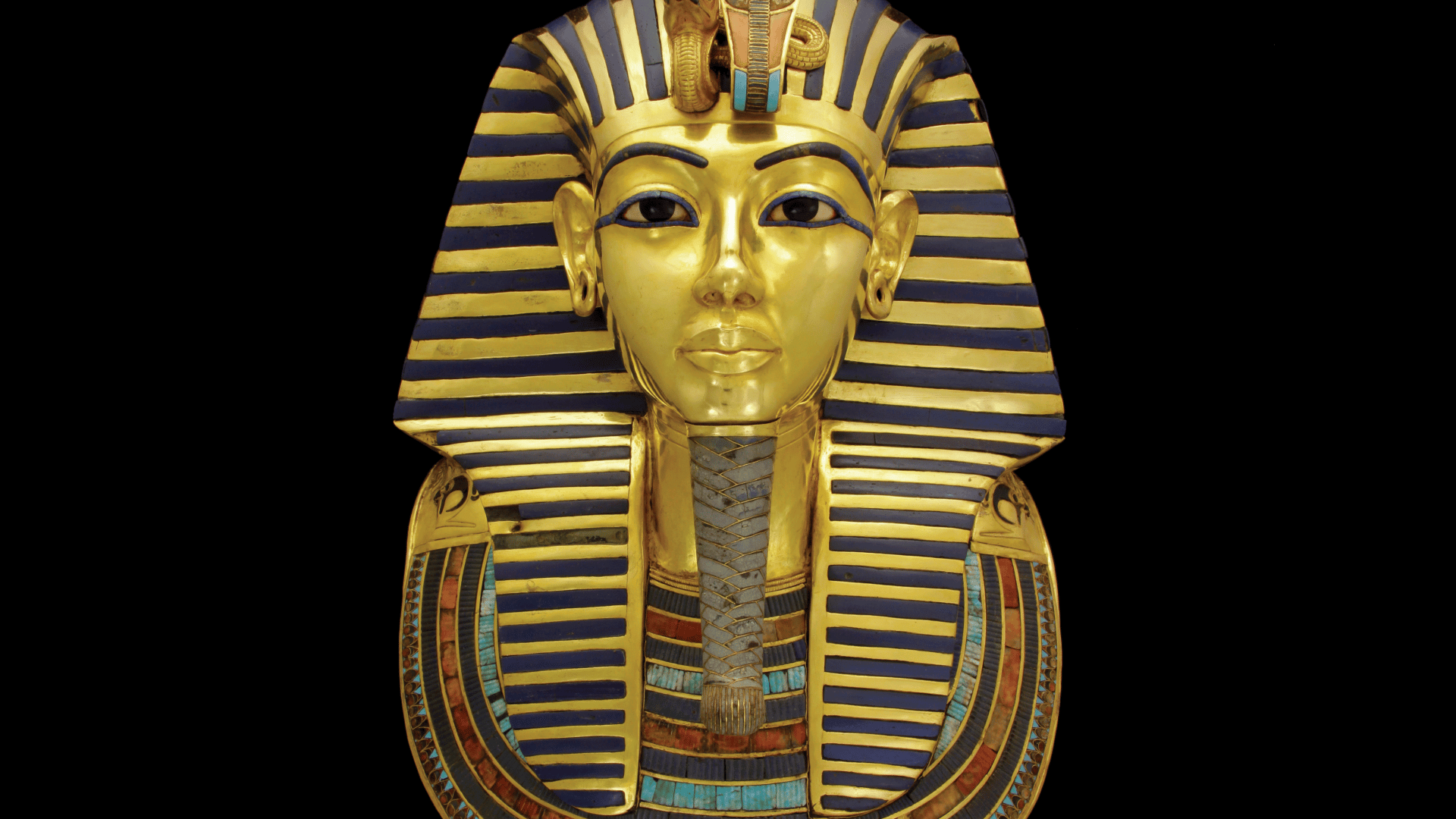 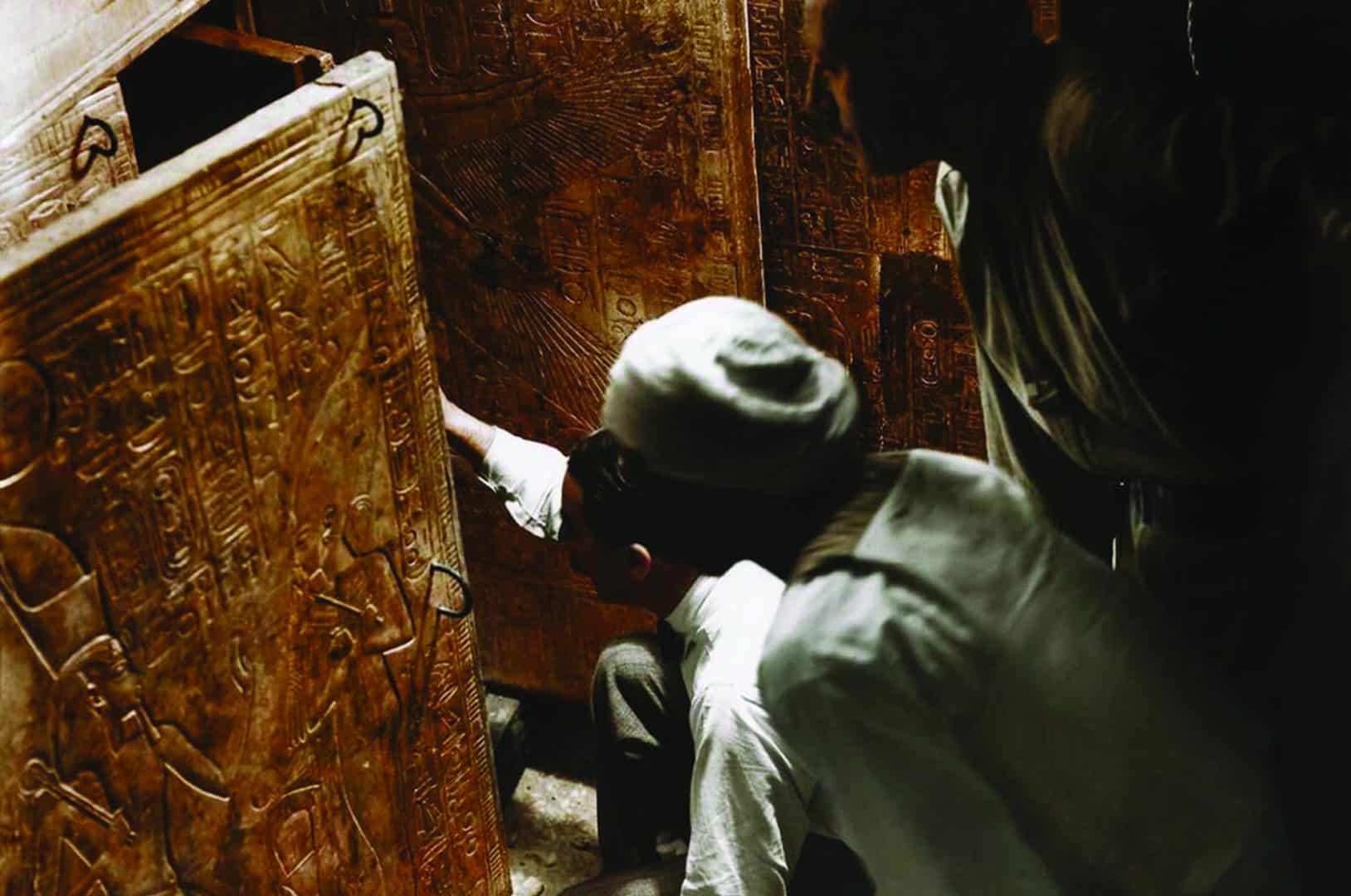 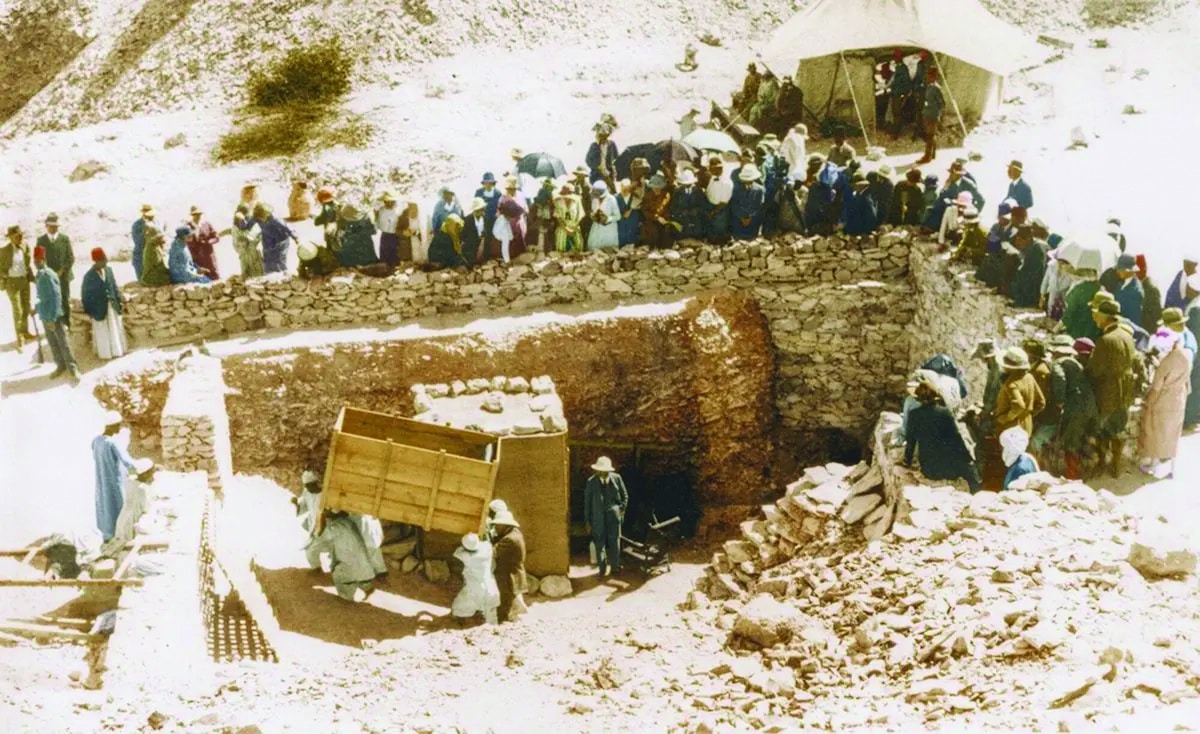 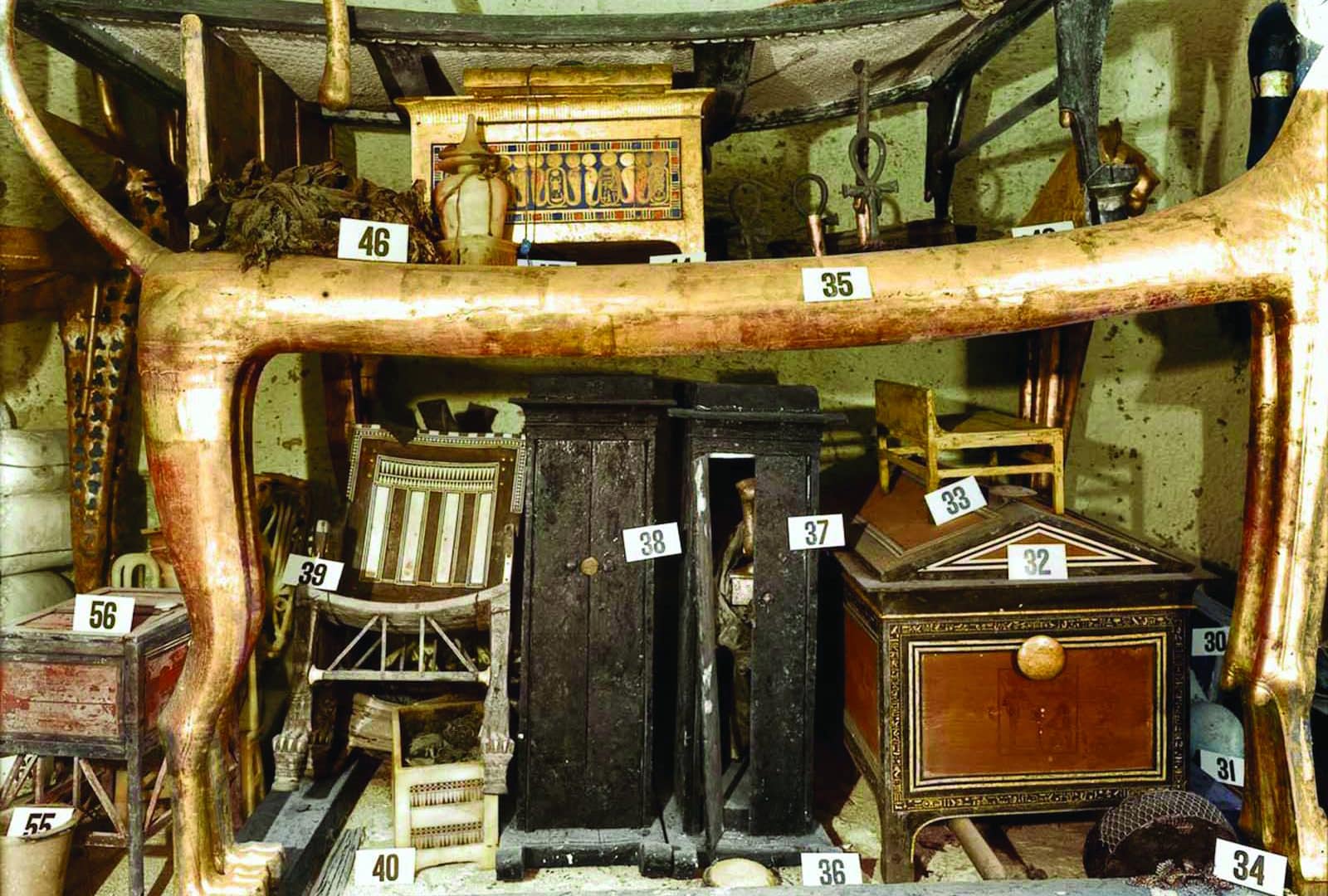 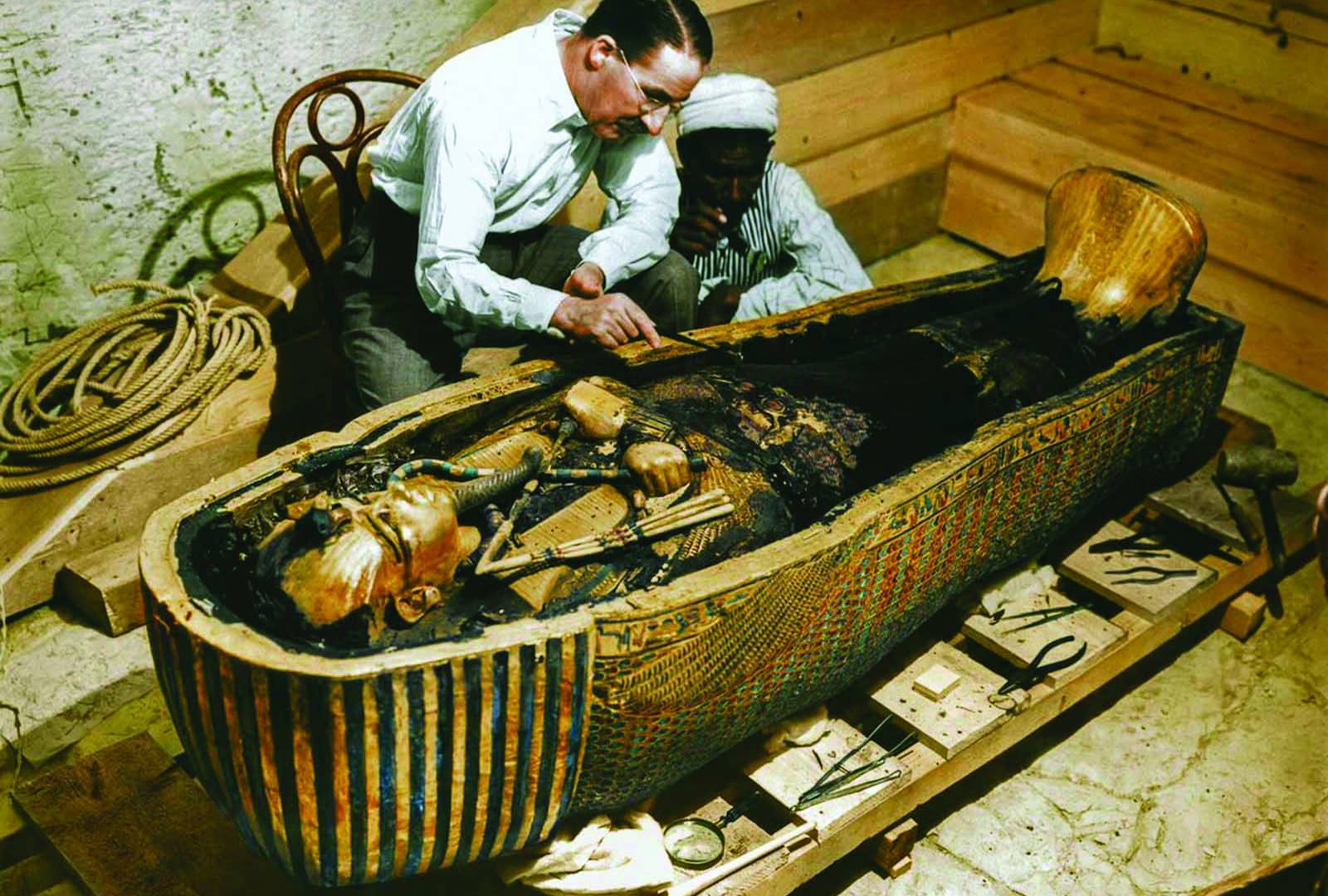 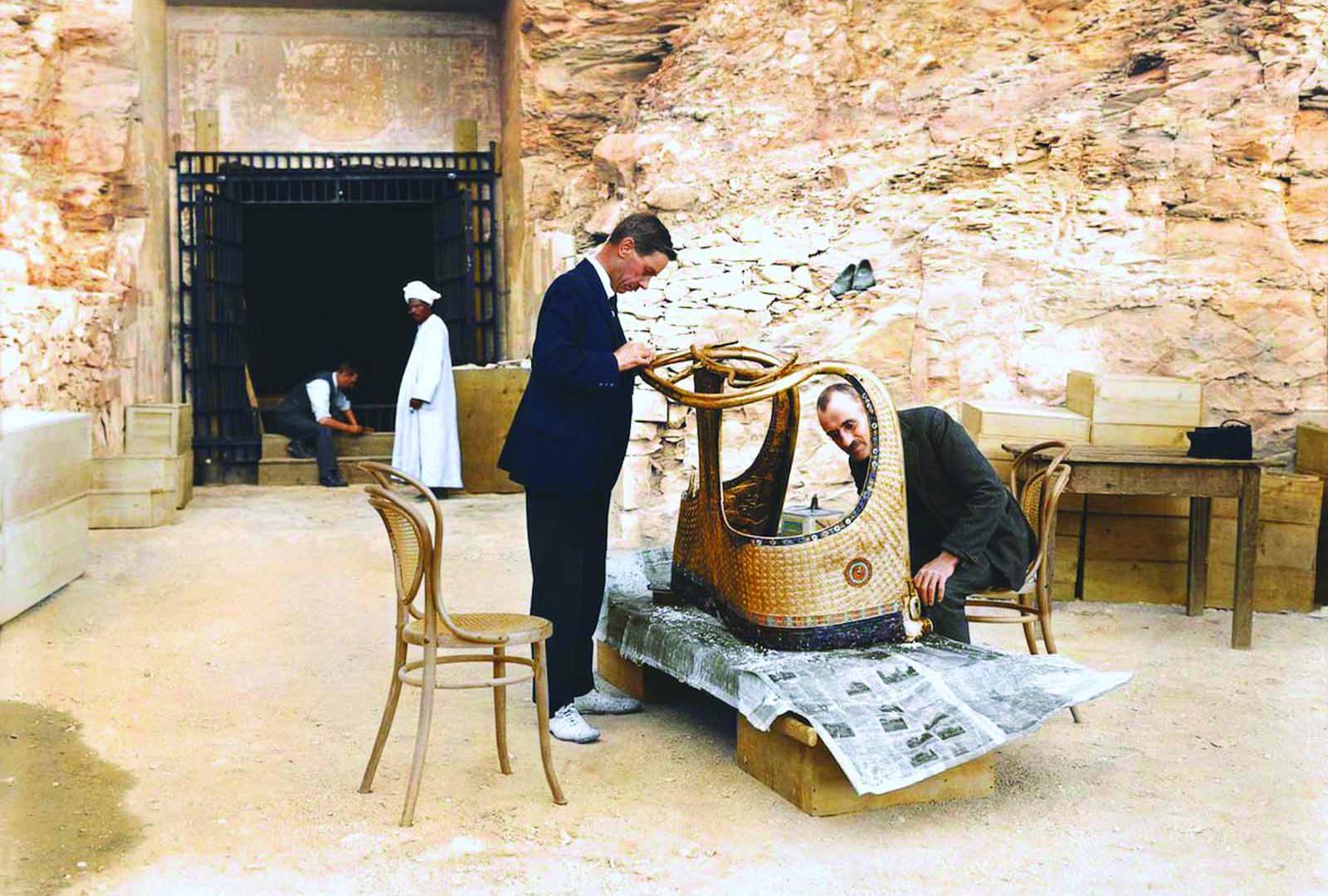 A fellow of the explorers club since 1996, egyptologist bob brier is the author of many books, including Cleopatra’s needles, the murder of Tutankhamen, the Luxor obelisk and its voyage to paris (a translation of Apollinaire lebas’s long-lost 1839 work, l’obélisque de luxor: histoire de sa translation à paris), and the newly released Tutankhamun and the tomb that changed the world (oxford university press).

Before the discovery of Tutankhamun’s tomb in the Valley of the Kings a century ago, the New Kingdom pharaoh was virtually unknown, even to Egyptologists. His name had been systematically erased from the annals of history in ancient times in retaliation for his father, Akhenaten, the “heretic pharaoh,” having banished the gods of ancient Egypt in favor of his one god, Aten. Tutankhamun’s association with that heresy would doom him to oblivion—that was until November 26, 1922, when Howard Carter revealed the momentous discovery of his tomb to the world. When asked what was inside, the British archaeologist proclaimed, “wonderful things.” Until Carter removed Tut’s mummy from its solid-gold coffin in 1925, however, no one could have known that he was a teenager when he died. There were even songs about “Old King Tut.”

It is not surprising, then, that the public was fascinated by every detail surrounding the discovery of the “Boy King,” a veritable made-for-the-movies story. The plot goes as follows: Howard Carter, the impoverished archaeologist, teams up with Lord Carnarvon, his wealthy English patron, and the two search for years for Tutankhamun and, finally, come upon his tomb and all its treasures—so many treasures that it would take Carter ten years to carefully remove them. And then, of course, there is the tragic subplot. Early in the excavation, Lord Carnarvon died of an infected mosquito bite, and the “Curse of Tutankhamun” was born.

Unlike many archaeologists of his day, Carter was a methodical, skilled excavator who knew what he was searching for. As soon as he made the discovery, he realized he would need a team of conservators, photographers, translators, engineers, and laborers to excavate the tomb. He insisted that everything be photographed in situ so there would be a complete record of where each item had been placed on the day the tomb was sealed. The Metropolitan Museum of Art loaned Carter its master photographer, Harry Burton, whose black-and-white images remain things of wonder today. Carter also made detailed drawings of the objects he found. The team’s chief conservator, Alfred Lucas, was a chemist with expertise in working with Egyptian antiquities, while Alan Gardiner, its translator, literally wrote the book, Egyptian Grammar. It was an all-star team.

Many of the more fragile artifacts had to be conserved right in the tomb before they could be removed. Carter found that layers of the now-fragile objects had been piled in chests. Once each chest was opened, Burton would take a photo of the uppermost object within. Then Lucas would pour a thin layer of paraffin on it so it could be moved without damage. Burton would then take a photo of the next layer. Repeat. Often, it took a week to remove just a dozen delicate objects from a single chest. Carter’s careful, methodical excavation of Tutankhamun’s tomb is still admired today.

At the time of the discovery of Tutankhamun’s tomb in 1922, a system known as partage, or division, was in place in Egypt. At the end of each season, excavators (and the museums and universities that sponsored them) would divide the artifacts between them and the Egyptian Antiquities Service. Following the discovery of Tut’s tomb, this system would be phased out, partly on account of a series of bad political decisions made by Carter and his team.

Carter and Carnarvon’s agreement with the Antiquities Service stipulated that if they found an intact tomb in the Valley of the Kings, everything would stay in Egypt—for an intact royal tomb would be too important to divide. They soon discovered that the tomb had been lightly pilfered in ancient times, but for all intents and purposes it was intact, so they would not be bringing objects back to Highclere Castle, Carnarvon’s country house.

Upon the announcement of the discovery, Carter and Carnarvon found themselves inundated with requests for interviews from journalists from around the world who had descended on the Valley of the Kings to cover the excavation, making it increasingly difficult to carry out their work. Carnarvon decided to quell the frenzy by granting exclusive media rights to the London Times, shut – ting the Egyptian press out of the biggest story ever to hit their country. But it wasn’t only Egyptian journalists who were furious, so were all the foreign correspondents who were cut out of the loop. How could Carnarvon have made such a thoughtless decision? He was a British aristocrat, and the British were running Egypt—its economy, its courts, and just about everything else. In response, Egyptian newspapers began printing anti-British sentiments and questioning who should be in charge of Egypt’s heritage, while rumors began circulating that Carter and Carnarvon were secretly taking things from the tomb (they were) and a series of postcards with photos of the excavation were produced bearing the caption “The Exploitation of Tutankhamun’s Tomb.”

Criticisms raised by this horrible public relations decision would later evolve into the position finally adopted by the Antiquities Service: all antiquities would remain in Egypt. Today, when museums and universities excavate in Egypt, they know that whatever artifacts they discover will not be divided.

While granting exclusive media rights to the London Times proved to be a terrible decision, it was by no means the only bad decision Carter and Carnarvon made.

Soon after the discovery, a special viewing of the tomb was arranged for wives of the excavation team. They were, of course, all British, but no wives of Egyptian government officials were invited. Again, the Egyptian press seized on this as a patriotic rallying point. As local anti-British sentiment grew, the discussion widened from who should control Egypt’s antiquities to who should control Egypt. Nationalists quickly adopted Tutankhamun as their poster boy for independence amid growing sentiment that the British ought to leave. While it would be decades before Egypt broke free of British rule, Tutankhamun played a significant part in highlighting an important political issue that would eventually lead to the nation’s independence.

The discovery of Tut’s tomb has one more important legacy, one that forever changed the world—the museum world, that is.

To celebrate the fiftieth anniversary of the discovery of the tomb in 1972, the British Museum arranged for the loan of 50 objects from Tut’s tomb for an exhibition that would go on to set attendance records for the museum, as well as for the venues that followed. Yet, the show did little to change the museum business—that was until it opened at the Metropolitan Museum of Art in New York, its sixth American stop. A consummate showman, the Met’s brilliant director, Thomas Hoving, saw possibilities for the exhibition no one else did, convinced that, if properly marketed, it could be a major money-making proposition. Following long and difficult negotiations with Egypt to host the show and for the loan of additional ancient works, the Met embarked on a financial gamble. The museum agreed to pay a $1,000,000-plus exhibition loan fee, which the Met would have to earn back in light of the fact that, according to its charter with the City of New York, it could not charge admission. Realizing that the exhibition would draw thousands of visitors, Hoving had the clever idea of designing the show such that visitors had no choice but to exit through a well-stocked gift shop. He dispatched a team of museum craftsmen to Egypt to make molds of ancient statues and other artifacts to create replicas, some that would be offered for the heretofore unheard-of price of $1,500. And the souvenirs sold like hotcakes.

Until the Treasures of Tutankhamun exhibition, which opened at the Met on December 15, 1978, museum gift shops had been rather sleepy affairs, simply places to buy postcards and catalogs. At the Met, however, one could snap up designer scarves and beautifully crafted gold jewelry just like Tut’s. Hoving’s gamble paid off big time and the blockbuster exhibition was born. By the time the show wrapped up its North American tour, it had notched more than eight million visitors—nearly three times the population of Egypt during the time of Tut’s reign—and quickly became the economic model for museums around the world. Pay millions for a show with star power and you can come out way ahead. When Steve Martin sang his classic “King Tut” song on Saturday Night Live, it wasn’t just about Tutankhamun. It was also about museums and money.

PreviousLadystone and the Jackfruit Tepache