​ A Visual War on Wildlife Crime | The Explorers Club ​ ​

A Visual War on Wildlife Crime 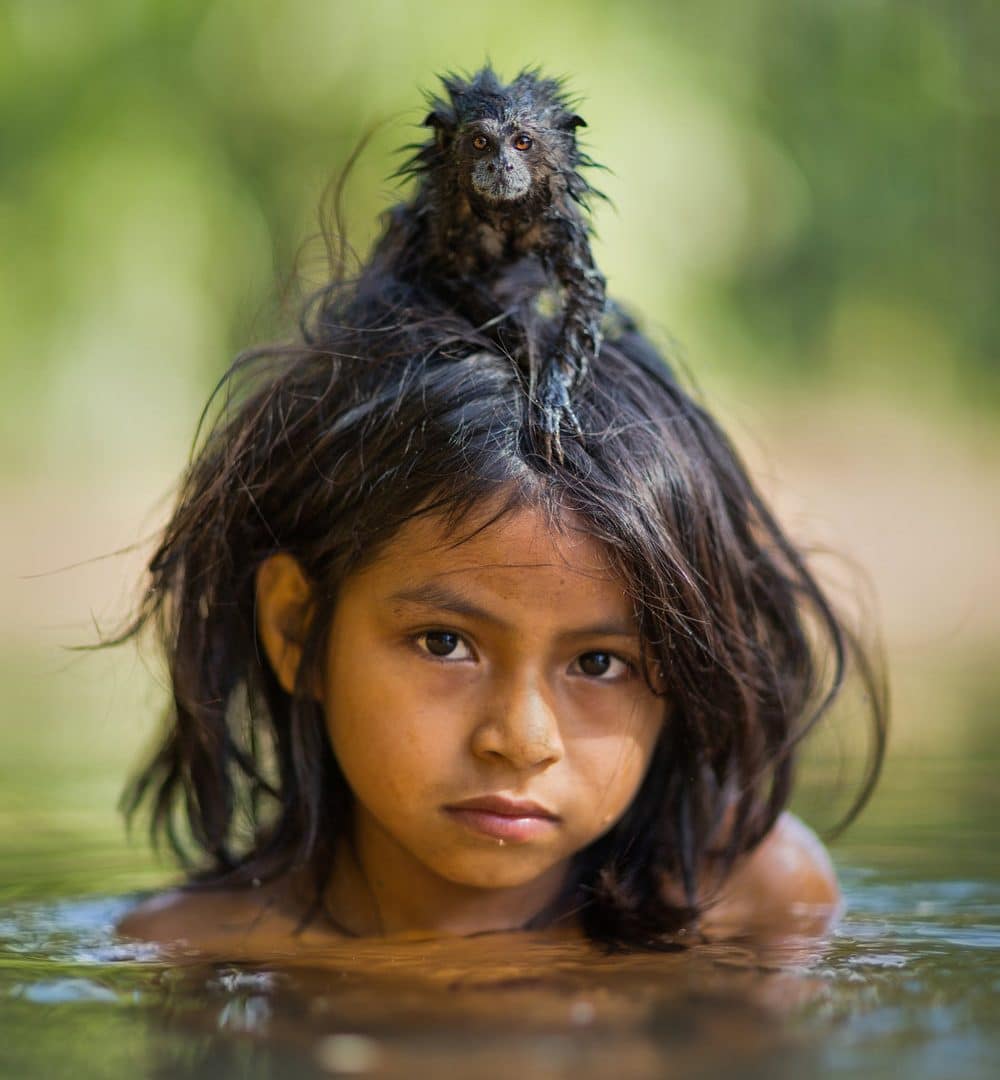 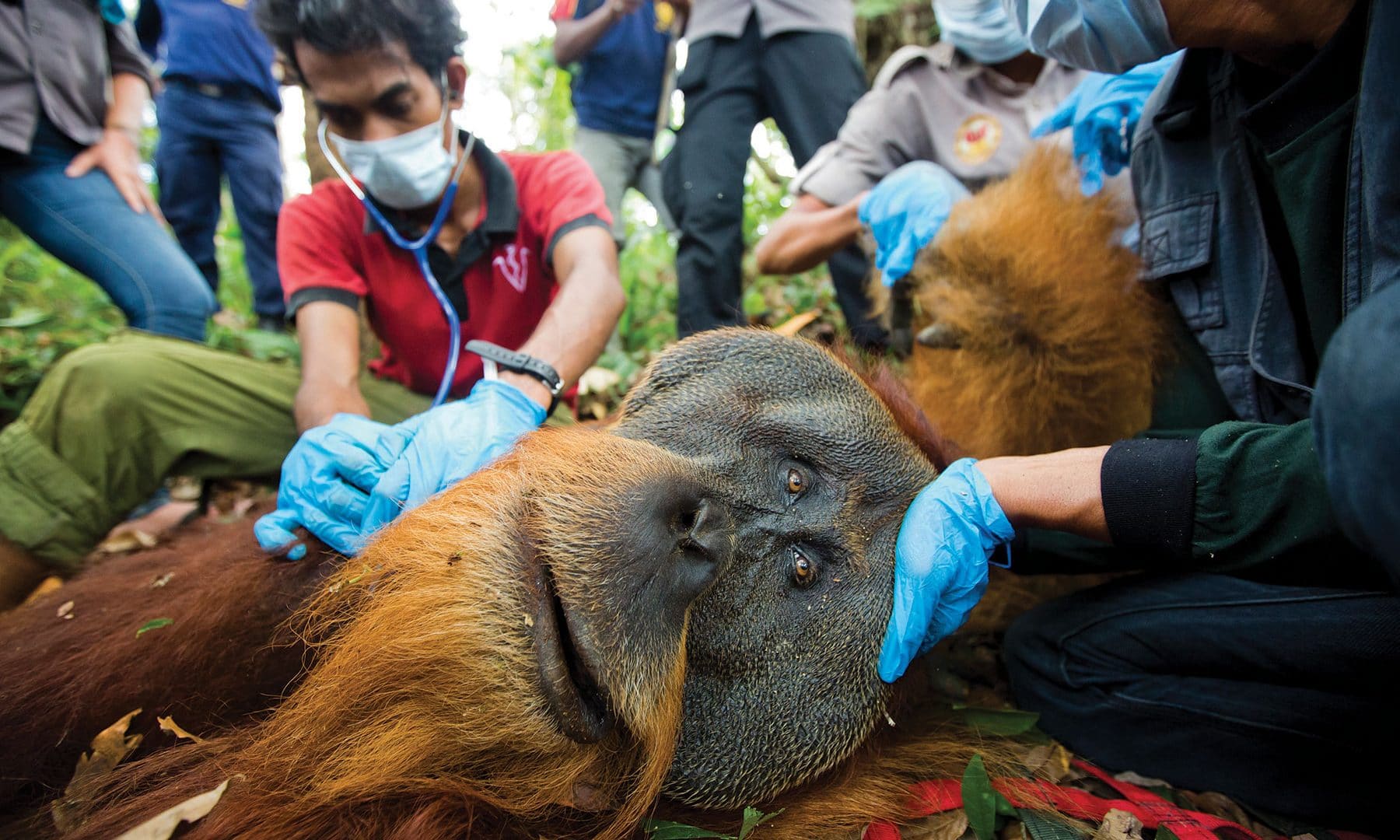 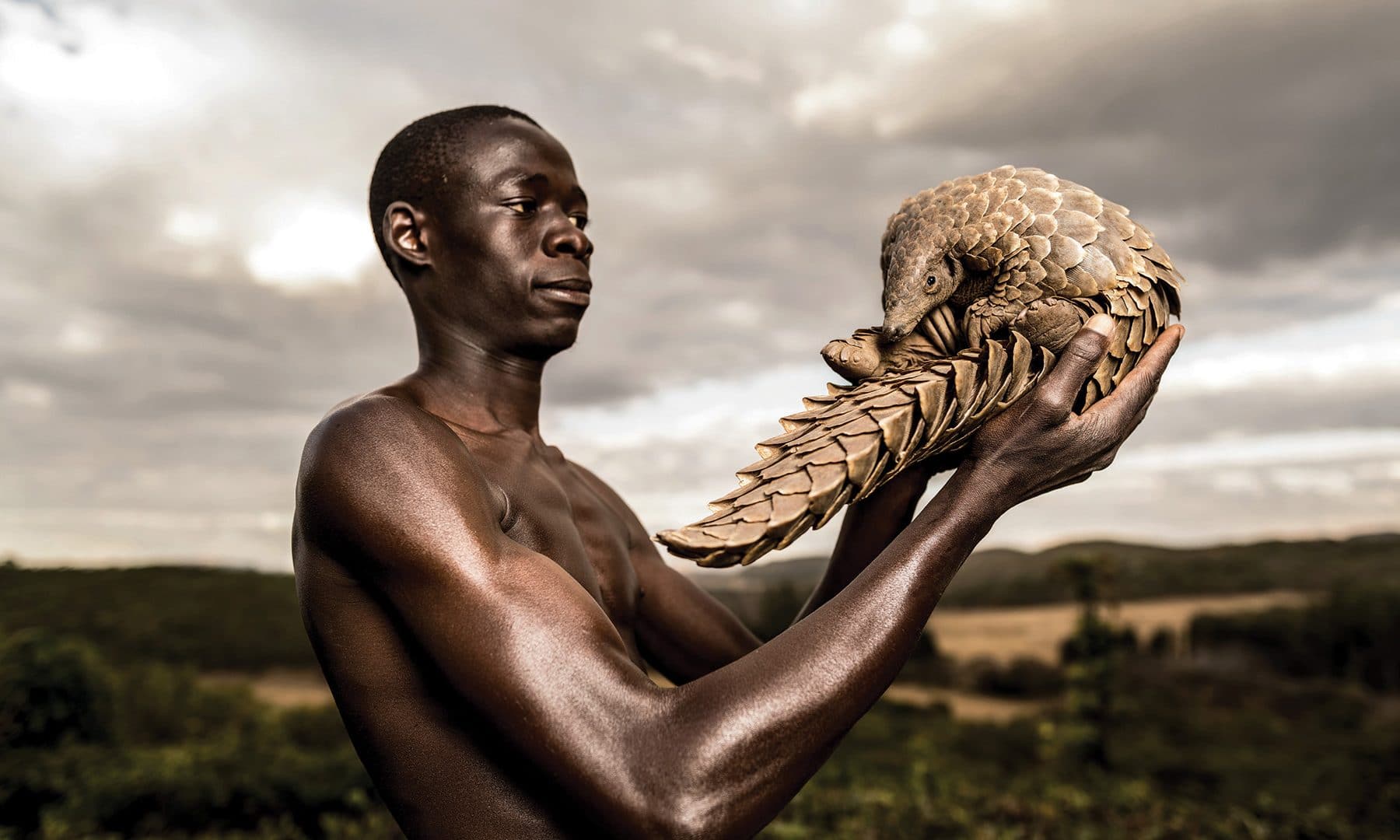 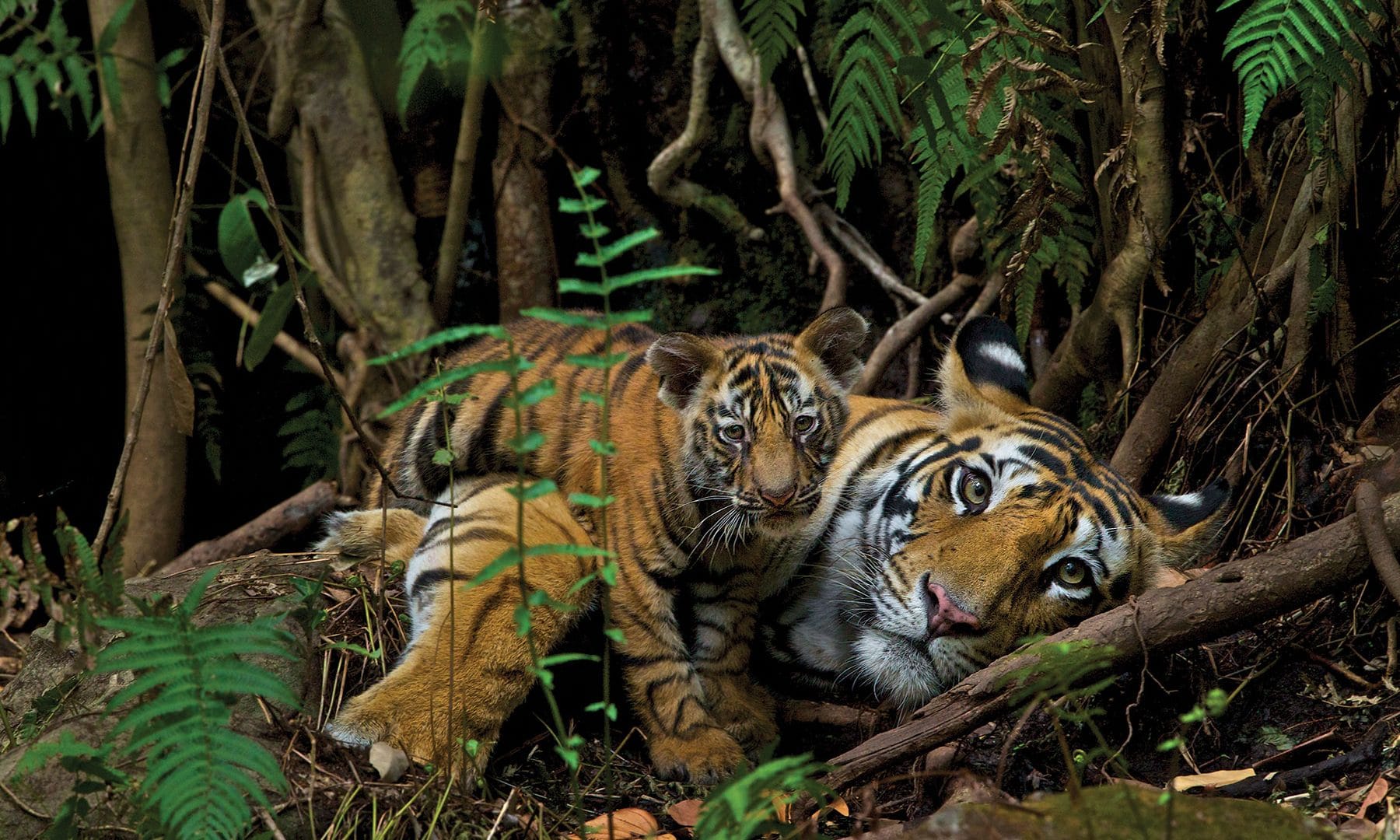 Award-winning photographers from around the globe have recently joined forces under the rubric Photographers Against Wildlife Crime to use their powerful images to help bring an end to the illegal wildlife trade. Spearheaded by cofounder Keith Wilson, the project has resulted in an exhibition, a book, and a philosophy that aims to raise public awareness of wildlife exploitation in the belief that photography is one of the most powerful media to deliver messages that alter the status quo. The Explorers Journal U.K. editor Nick Smith caught up with Wilson to talk about this illegal trade, which is the world’s fourth largest criminal activity after drug smuggling, the illegal firearms trade, and human trafficking. (To find out more about Photographers Against Wildlife Crime and to order a copy of the book, visit www.photographersagainstwildlifecrime.com.)

NICK SMITH: What is the scale of wildlife crime?

KEITH WILSON: The United Nation values it at $23 billion per year. So in monetary terms, the only criminal activities that are bigger are the drug trade, human trafficking, and illegal arms sales. But it’s a safe bet that this is a conservative figure.

NS: What are some of the top-line concerns?

KW: The sale of rhino horn is probably the best known at the moment, along with the ivory trade, and there’s international action at government levels trying to put a stop to this. China banned ivory trading at the beginning of this year. Hong Kong, which is the biggest ivory market, has announced that it is going to cease trading ivory by 2021. So there are good things happening, but there will still be an illegal trade going on. The rhino horn trade is getting a lot of attention at the moment because the last male Northern White Rhino has just died. There are two females left, but it is now functionally extinct. Other rhinos are being killed at such a rate that they will probably be extinct in the next 20 years. When it comes to killing sharks for their fins, more than 70 million are taken each year. People have created a spectacular fear of sharks, and this manufactured hatred of a species has resulted in humans feeling less guilty when we start to wipe them out. It’s the same with the wolf, which is probably the most persecuted animal on Earth, while ironically man’s best friend—the dog—is a direct descendant.

NS: What is the effect of increased human population?

KW: The human population is growing at an exponential rate and expanding into areas that were once wild. Wherever there is encroachment there are issues such as deforestation, and this is one of the areas where we encounter wild species, which are hunted for various reasons. This creates a market for bush meat, which is a pervading problem for gorillas and chimpanzees in Africa. There is human-elephant conflict in both Asia and Africa, where elephants are killed for encroaching on farm crops. Only a few years ago, so much of the land that has been given over to agriculture would have been the elephant’s natural wilderness. We have lost more than half of our wildlife in the past 40 years and that’s really just down to the rate that we are expanding and using the Earth’s resources.

NS: What other areas of concern are there?

KW: There’s the illegal pet trade. Chinese medicine. There are also things like tiger bone to make tiger bone wine. But not just the bones: every part of the tiger’s anatomy, from the whiskers to the claws, has a function in traditional Chinese medicine. Then there’s the market in bear bile, where Asiatic black bears are kept in hideous cages in farms, trapped sometimes for up to 30 years. Their bile is milked from their abdomen by a tube daily. These are cruelties that defy the imagination, and there’s no shred of evidence to support the efficacy of these medicines.

NS: What made you want to get these photographers together to make a stance?

KW: Well, there are more than 20 photographers involved in the project, which currently consists of a book and an exhibition. The thing about these photographers is that they are all currently active in recording various aspects of illegal wildlife trade: stories by Bruno D’Amicis, who has covered the trade in wild fennecs, or Paul Hilton, who has covered the expansion of palm oil that is wiping out the rainforest of Indonesia and bringing the Sumatran orangutan to the brink of extinction. They’ve all been doing this for some time, but almost in isolation. So Britta Jaschinski—the other cofounder of the project—and I thought that to get this message across, for people to appreciate that this is such a big issue, we should combine these stories into one form. That way people don’t just hear about ivory or rhino horn, but hear about all of the stories together so that they can realize that they are all connected and that they are worthy of the same level of attention and revulsion as the crimes in drugs, people, and arms. But sadly, the illegal wildlife trade is a very low-profile crime with all governments. And yet, because of its relation to the way in which our environment is being degraded, it is the crime that has the greatest impact on our own future.

NS: What’s the artistic purpose of the collection of photos?

KW: It is about so much more than just putting together a great collection of photography. I was motivated by the fact that I wanted to do something. To aid in awareness. Let’s use this as a means to get people to effect change. This could be just within themselves or on a bigger scale, because if these things don’t change, there will be a serious impact on our wellbeing for the future. But we’re not just showing dead rhinos. We’re also showing the people who are out there helping in the fight to try to change things for the better. There are a lot of hero stories in the project as well, such as Adrian Steirn’s picture narrative of the pangolin men of Zimbabwe. That’s a fabulous grassroots story.

NS: Do you think of these photographers as explorers?

KW: The nature of photography is that it’s one viewfinder, one eye, and one photographer. It’s a very solitary pursuit. But the stories we cover here are real exposés. If you look at Ole J Liodden’s photo of a polar bear on the sea ice, that’s interesting because people associate the polar bear with global warming and climate change. But what Ole has discovered as an investigator is that there’s a more critical situation that affects the bear’s future. And that is trophy hunting. There are only 26,000 polar bears left in the wild, and he reckons that a thousand are shot every year, and he believes that there will be parts of the Arctic where the polar bear will vanish from because of hunting. You can’t sustain that sort of pressure. So to have photographers bringing back these stories, this information about the health of the planet, is very much exploring in its true sense. The origin of exploring was to find out things and report back. This is what these photographers are doing, sometimes putting themselves in real risk situations. Some of them have had some near misses.

NS: How do we move forward to eradicate wildlife crime?

KW: It’s about engaging the public so that we can change policy. And it is our hope that the project will become an important movement toward achieving this. Our next step is to produce a bilingual edition of the book in English and Mandarin, because we want to get the book into China. We’re not trying to point the finger at one country, because there are plenty of examples where we can see this happening on our own doorsteps. It is an international problem. But, the idea of the Chinese edition is to get the book into the hands of people who are influential in changing policy. China has shown that it can move. It can change. Yes, China is the biggest consumer of wildlife products. But that gives it a great chance to reform. They’re already ahead of the reset of the world in terms of their policy on ivory. It’s unfortunate that America, under its current administration, has turned its back on the environment. There’s a real opportunity for global leadership to seize this challenge.

NS: Are you optimistic about the future of reform in the wildlife trade?

KW: You’ve got to be optimistic otherwise there’s no point trying to do anything about it. But I’m also frightened. Optimistic and frightened.