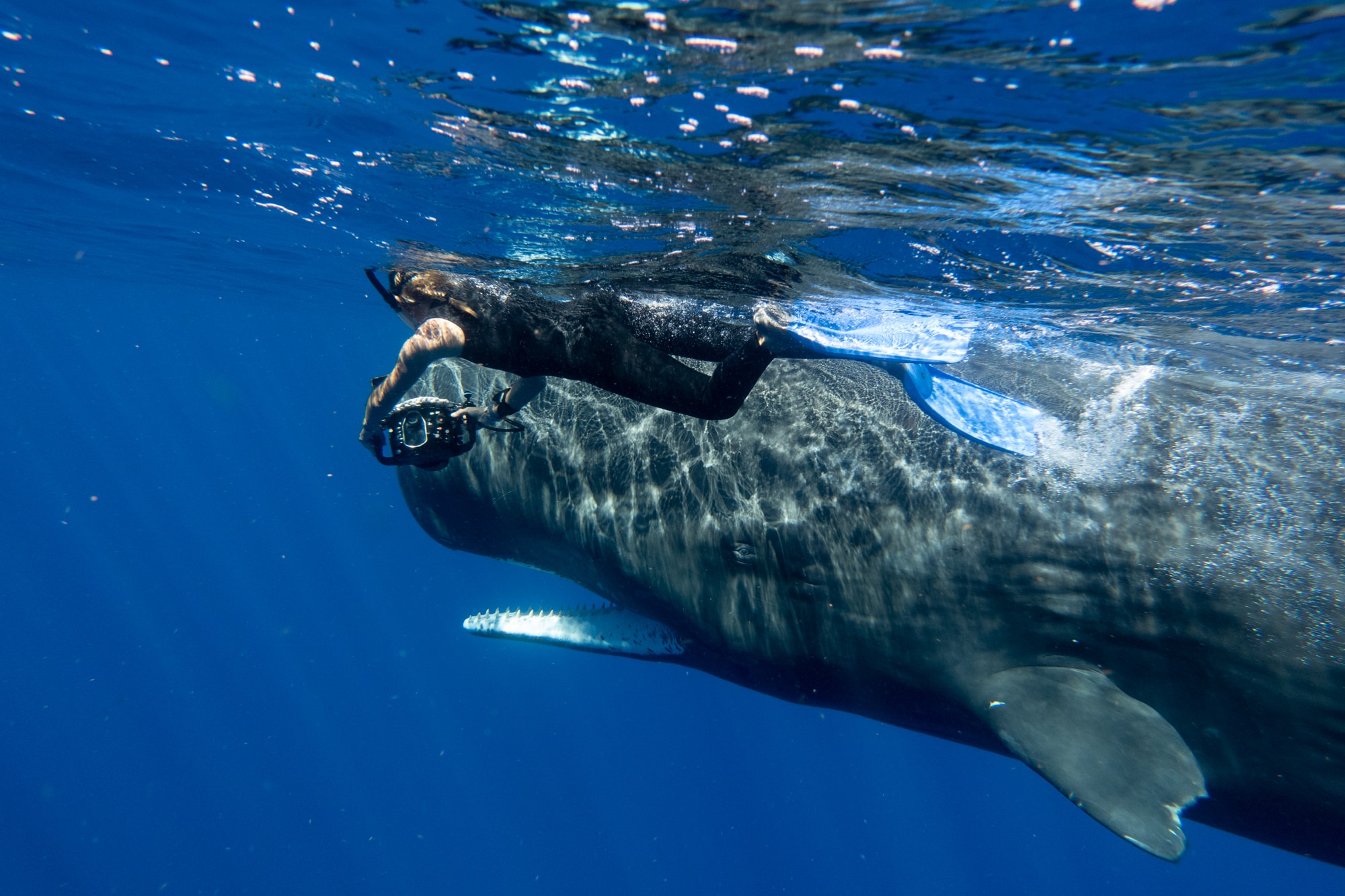 Sperm Whales: The Gentle Goliaths of the Oceans

For centuries, we have been fascinated by the sperm whale — the world’s largest toothed predator. Like many of our co-inhabitants on the planet, sperm whales were nearly hunted to the brink of extinction. While the most famous sperm whale of all is Moby Dick, it was a young male nicknamed Physty—who fell ill in the early 1980s and came ashore just off Long Island, New York that captured the heart of Gaelin Rosenwaks and started her on a career in marine science—studying, protecting, and documenting the world’s most marvelous ocean species.

In her new book, SPERM WHALES: THE GENTLE GOLIATHS OF THE OCEANS (Rizzoli, 2022), Rosenwaks gives you a beautiful look at these magnificent animals. In the waters off Dominica, Rosenwaks came eye to eye with these amazing animals, observing the close bond between mother and child, the matriarchal family units that stay together for generations, their vibrant lives, their social structures, and their caring for one another What she found is that these animals live in matriarchal family units made up of remarkable females that stay together for generations. Like elephants and humans, they take care of one another. Rosenwaks’s years as a marine biologist, diver, and underwater filmmaker and photographer prepared her to tell this beautifully stirring story with never-before-seen photographs of the world’s most marvelous ocean species. She was able to document them sleeping, playing, nursing, and so much more about their vibrant lives both under the sea, and above it. Join Gaelin as she shares her breathtaking photography and stories of connection with these magnificent animals. 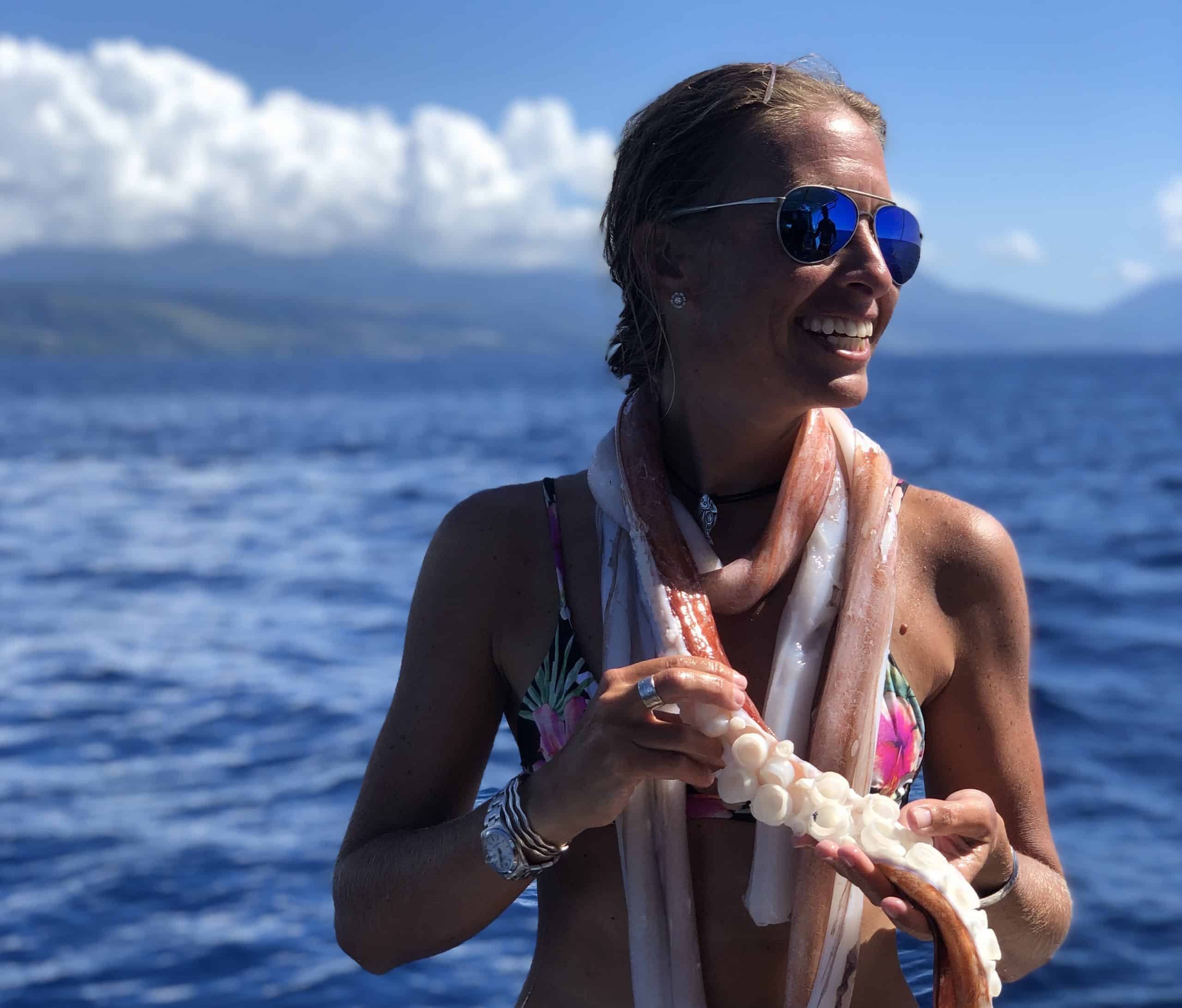 Gaelin Rosenwaks, FN’06, is a marine scientist, explorer, photographer, filmmaker and author of “Sperm Whales: The Gentle Goliaths of the Oceans” (Rizzoli, 2022). She began her career at the Woods Hole Oceanographic Institution conducting research in Antarctica and then earned her Master’s Degree in Coastal Environmental Management from Duke University researching Giant Bluefin Tunas. Alarmed by the changes happening in the oceans, Gaelin founded Global Ocean Exploration Inc to share her passion for ocean exploration, marine conservation and storytelling. She now participates and conducts expeditions in every ocean to alert the public not only to the challenges facing the oceans, but also to what science is doing to understand these changes. A Fellow of the Explorers Club and Royal Geographical Society and Member of the Society of Women Geographers, she has published articles in scientific journals, newspapers and magazines and has delivered lectures at global conferences and many institutions. She has appeared as an expert and host on TV programs including on The Discovery Channel, Science Channel, CBS News, and National Geographic Channel, and is one of the few women to be featured on the cover of Outside Magazine. Her photography has been displayed in many exhibitions, including solo exhibitions at Duke University, The Maritime Aquarium, and the Patagonia Upper West Side Store in NYC. To Gaelin, a licensed Coast Guard Captain, there is nothing better than being in the open ocean surrounded by endless blue water and passing wildlife.

A childhood experience seeing a Sperm Whale has led her on her current quest to reconnect with these ocean giants and to her first book of photography, “Sperm Whales: The Gentle Goliaths of the Oceans” (Rizzoli 2022). She is also completing a film, Finding Physty, about her personal connection to these majestic animals.