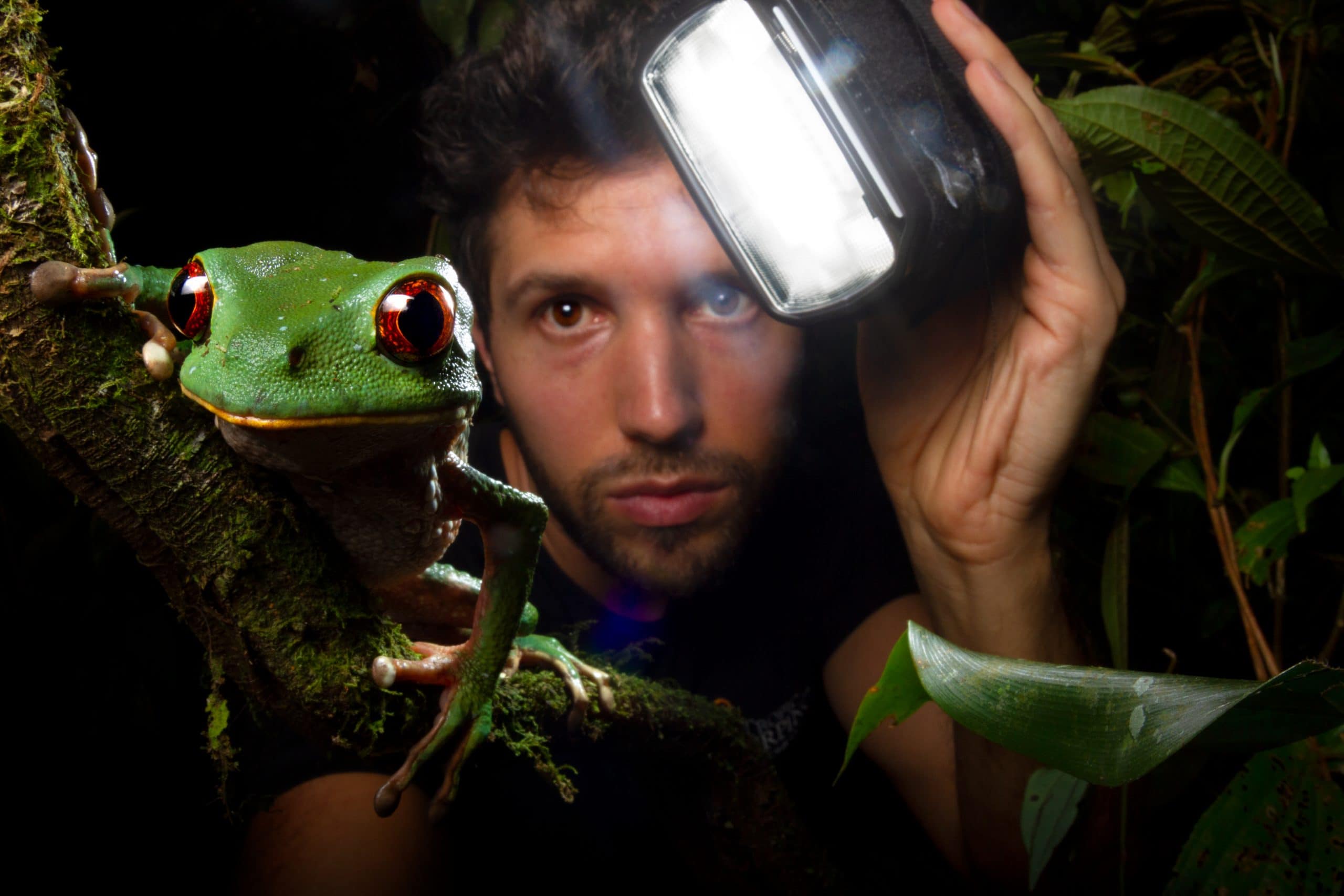 The first annual Explorers Club Grantee Symposium will highlight select projects from across our various grant programs. Join us for an afternoon of presentations and learn how The Explorers Club – with help from our generous sponsors – directly supports crucial scientific research and field study. This event will provide a unique window into the important work being done on the front lines of exploration. 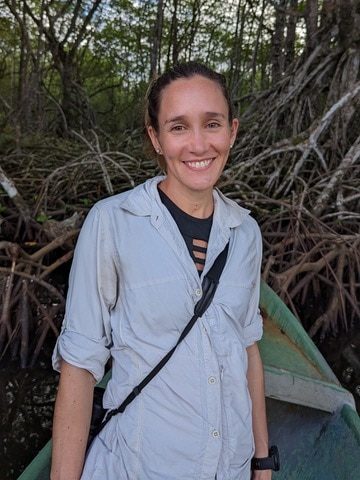 Amanda is a PhD student candidate at Emory University. She came to the USA as Fulbright Scholar from Costa Rica, and her interests are the ecology of infectious diseases in natural populations, evolution of host-pathogen interactions, and anthropogenic effects in infectious disease dynamics. She is especially concerned about endangered fragile ecosystems, such as the tropics. Amanda has a strong field research experience in working with many types of tropical organisms, but bats are her absolutely favorite. Her current research aims to understand the effects of anthropogenic disturbance on cave-dwelling bat communities, their health status, and the consequences on their pathogen disease dynamics. She combines her field surveys with molecular and immunological methods, spatial analysis, and math models. Amanda also never misses the chance to go hiking, kayaking, biking, and basically anything that involves being outdoors. 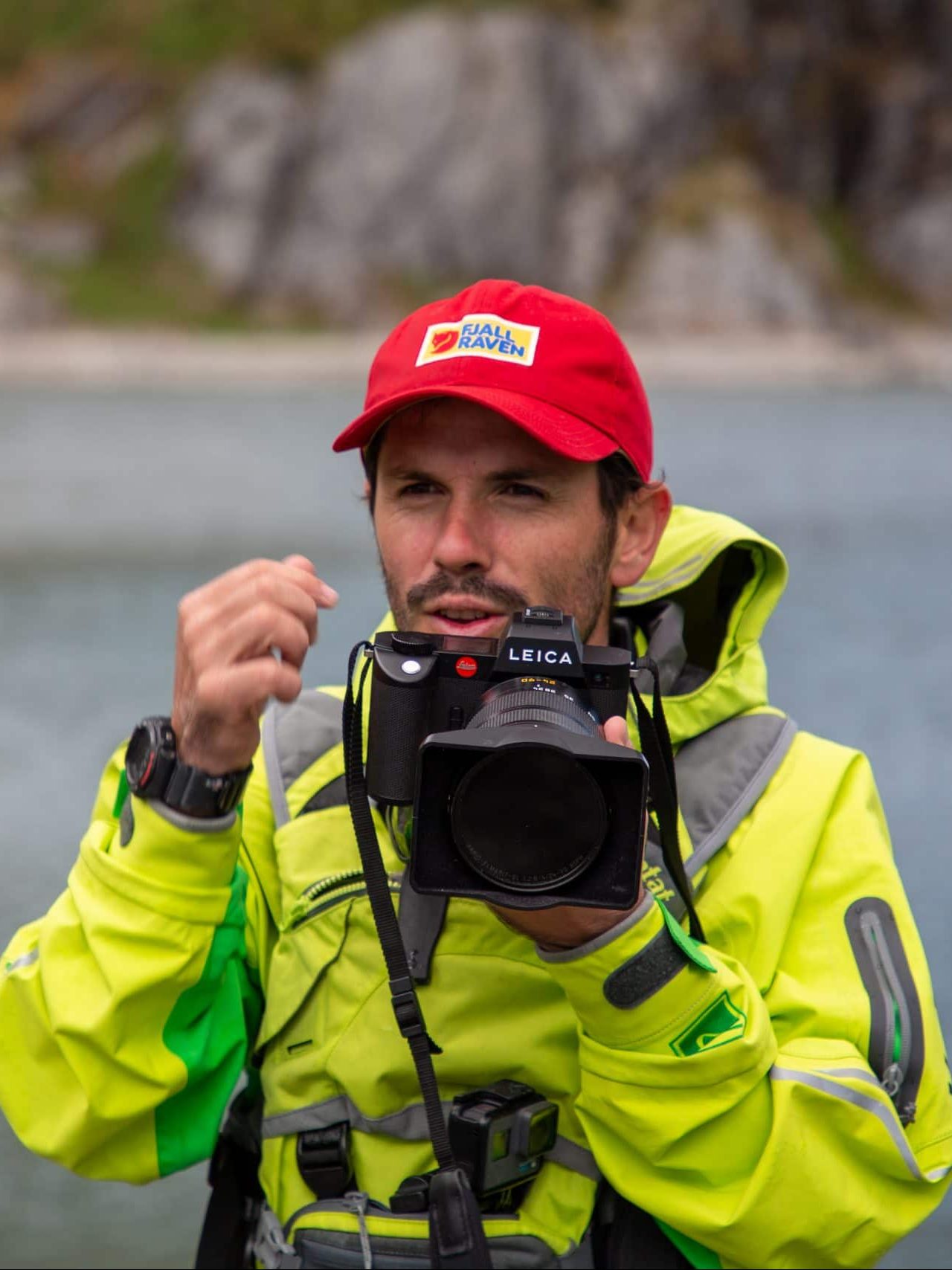 Leica-supported documentary filmmaker and photographer, 2020 Rolex Explorers Club award-winning explorer and The Explorers Club Fellow. Through 55 SUR media, his film company, he develops cultural and film projects in collaboration with brands such as Leica, Fjällräven, Patagonia and organizations such as Wildlife Conservation Society. He has focused his photographic and film work in the Tierra del Fuego archipelago. His fascination with islands and remote landscapes has led him to work in Svalbard and Greenland as well. His work has been published by Leica and The Explorers Journal (USA), CNN (USA), Daily Mail (UK) and in the books “Magellan Strait” and “Cape Horn”, edited by the Chilean Museum of Pre-Columbian Art. 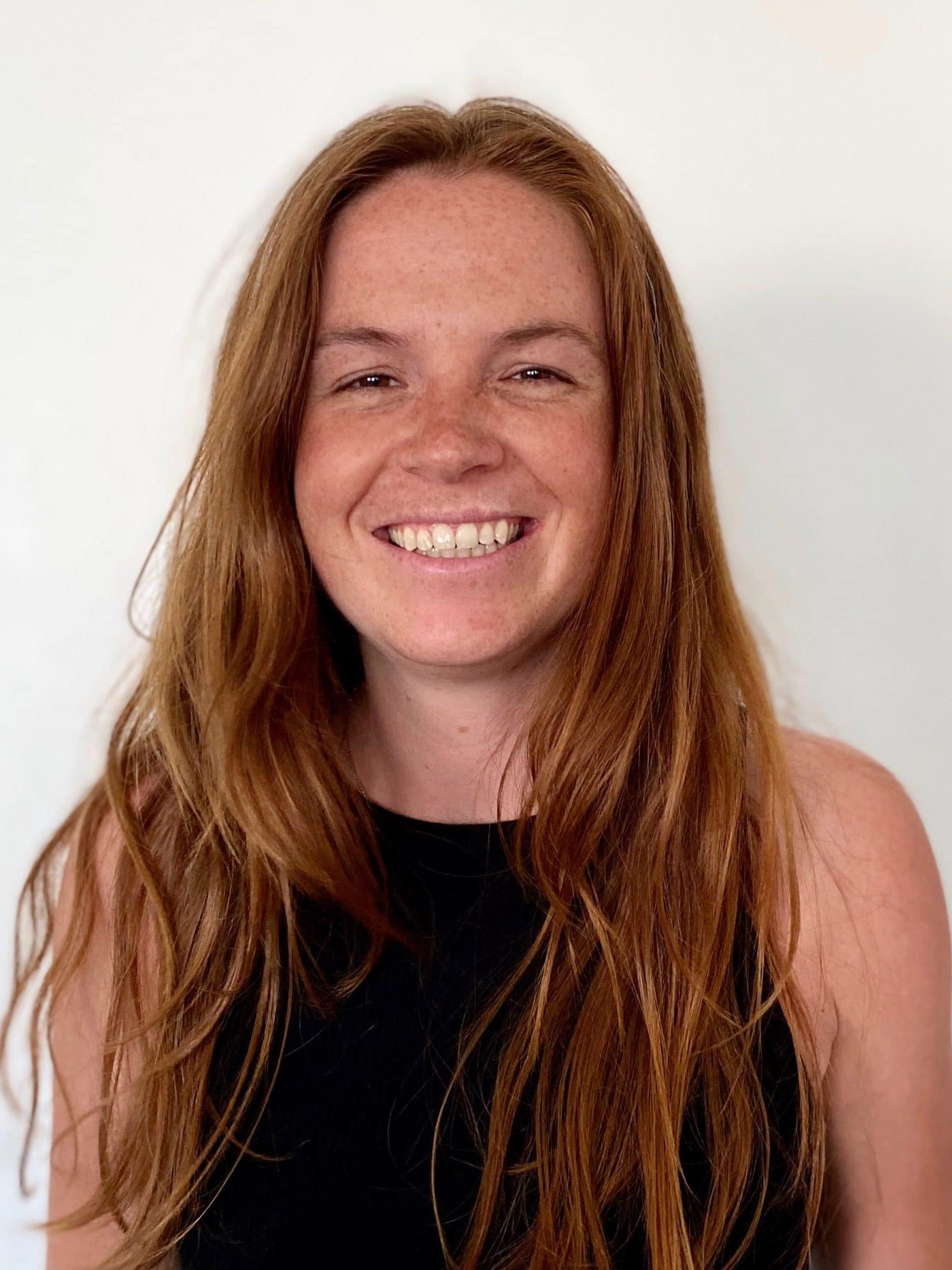 Natalie is a Canadian conservationist, ethnoecologist and outdoor athlete. Fueled by a love of the earth, she aims to help solve environmental and climate challenges by [re]connecting people to nature through adventure and exploration.

She is concurrently a PhD researcher at the University of Waterloo’s Interdisciplinary Centre on Climate Change investigating climate change impacts, adaptations and sustainability transitions in Canadian tourism and outdoor recreation dependent communities. Natalie is also the Research Coordinator for Protect Our Winters Canada where she develops public facing climate educational content.

Natalie holds a MSc in Biodiversity, Conservation and Management from the University of Oxford and a BA in Anthropology and Geography at the University of Denver. She previously competed on Denver’s NCAA Div 1 National Champion Ski Team and on Canada’s Alpine Ski Team at the World Junior Championships and World University Games. In her free time, she writes poetry, philosophy and degrowth economic theories. 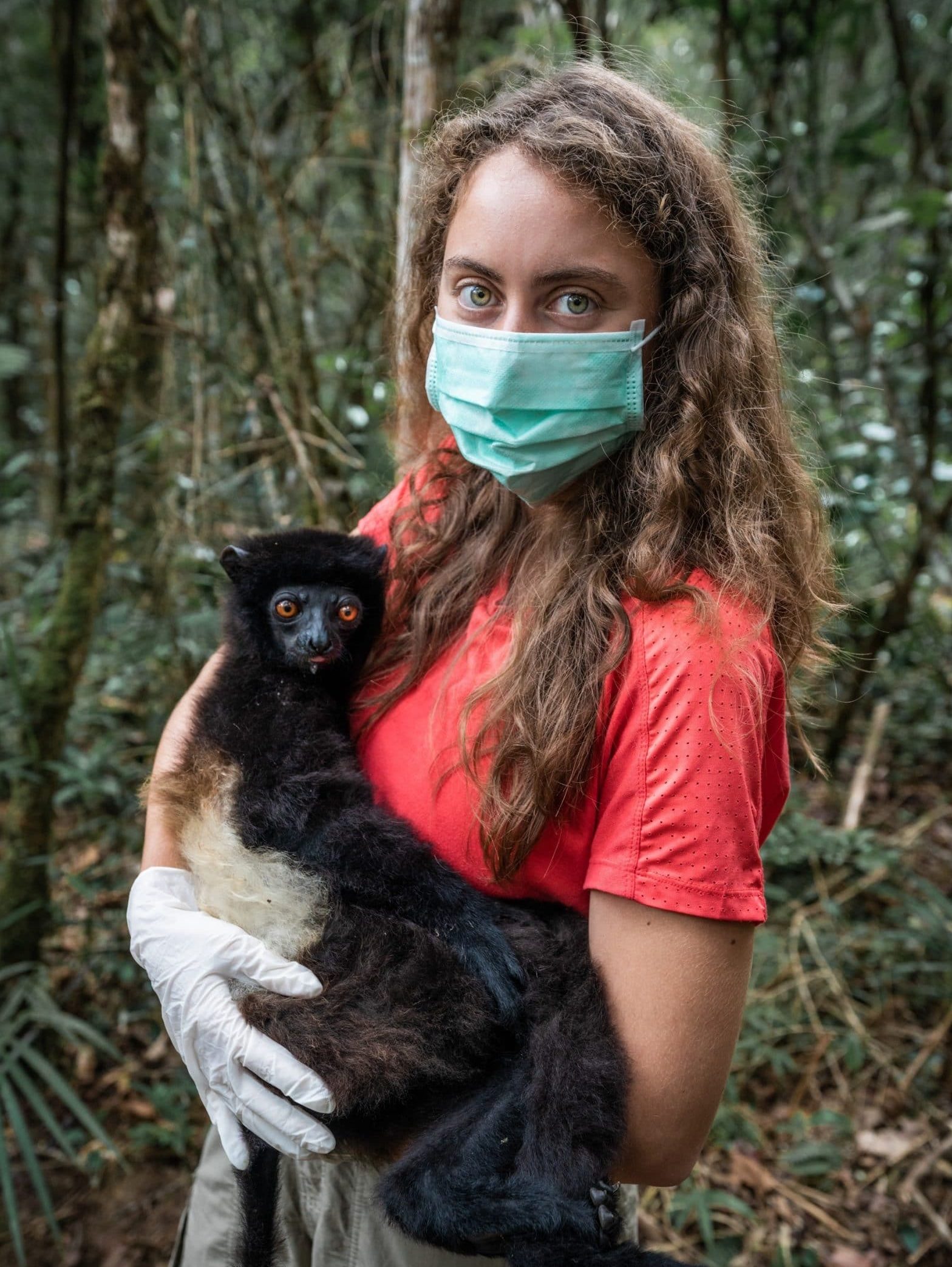 Mai Fahmy is a conservation biologist and PhD candidate working towards discovering and protecting the planet’s biodiversity. She has led several expeditions to Madagascar where she collected terrestrial jungle leeches to use as a proxy for biodiversity. Through her research, Fahmy has been able to sequence the residual DNA in leech blood meals as an efficient means of surveying vertebrate fauna. Mai’s work aims to inform conservation management in some of the world’s most imperiled rainforests while also expanding our understanding of leeches themselves as understudied organisms. A paramount goal of her career is to support underrepresented students in her efforts to conserve wildlife and understand how our species impacts the natural world. 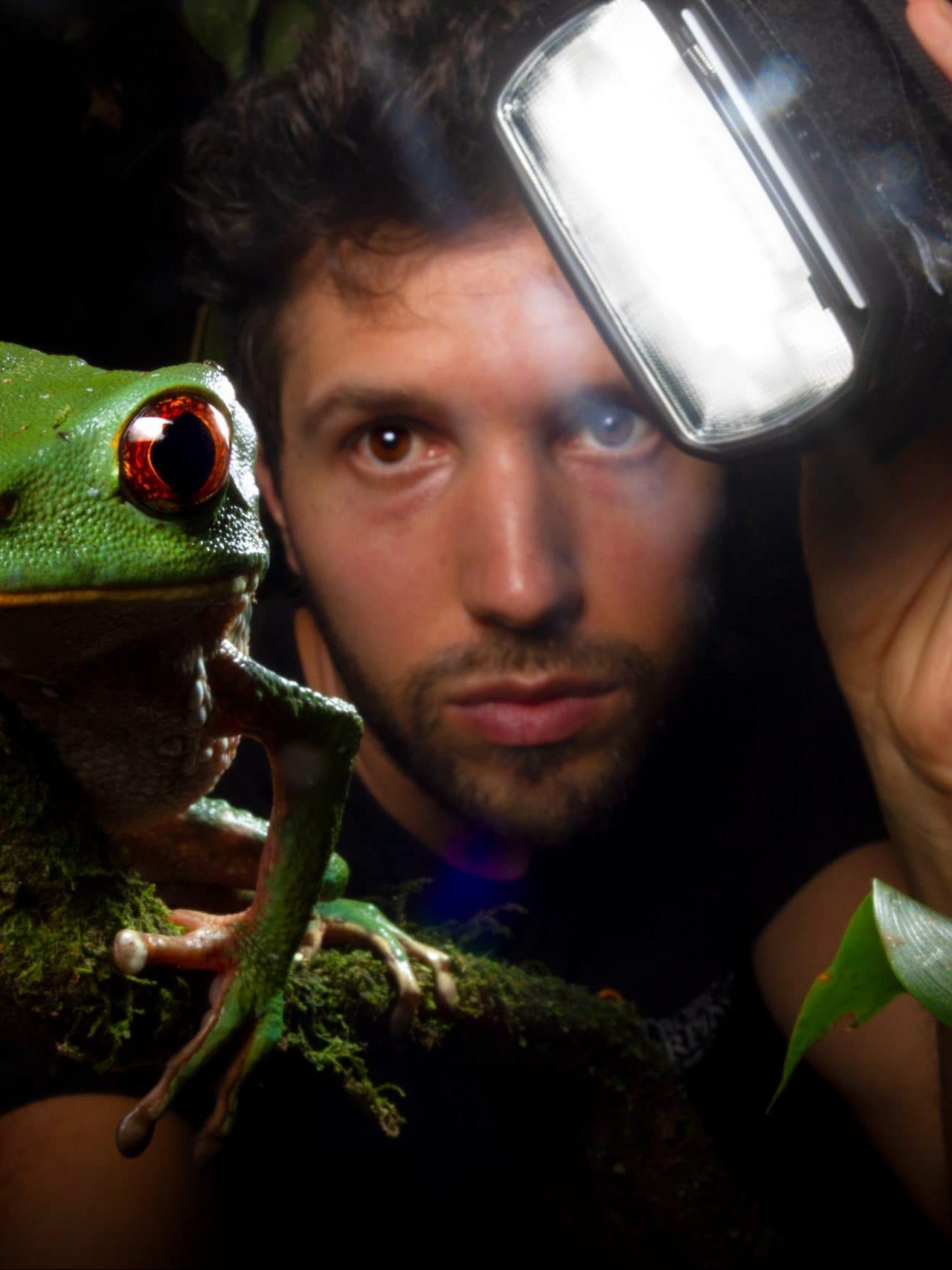 Alejandro Arteaga is an Ecuadorian–Venezuelan biologist, author, conservationist, and wildlife photographer. He is the president and research director of Tropical Herping, an institution he co-founded in 2009 to preserve tropical reptiles and amphibians through tourism, photography, education, and scientific research. He obtained his biology degree from Pontificia Universidad Católica del Ecuador. Alejandro is author of two books (Reptiles of the Galápagos and The Amphibians and Reptiles of Mindo) and 18 scientific articles. He has described 20 new species to science, saved 106 hectares of tropical forest in Ecuador, and his photographic work has been featured in National Geographic and the Discovery Channel. In 2015, he was awarded in the Big Picture Natural World Photography competition.

Alejandro’s research is focused on systematics and biogeography of tropical amphibians and reptiles, but it also targets citizen-science projects for identifying species in the field, either visually using deep learning algorithms or genetically through real-time DNA barcoding. He is currently leading three long-term projects that straddle the line between research and conservation: Rapid-Response Discovery of Rainfrogs, Reptiles of Ecuador, and Guardians of the Pinocchio Lizard. 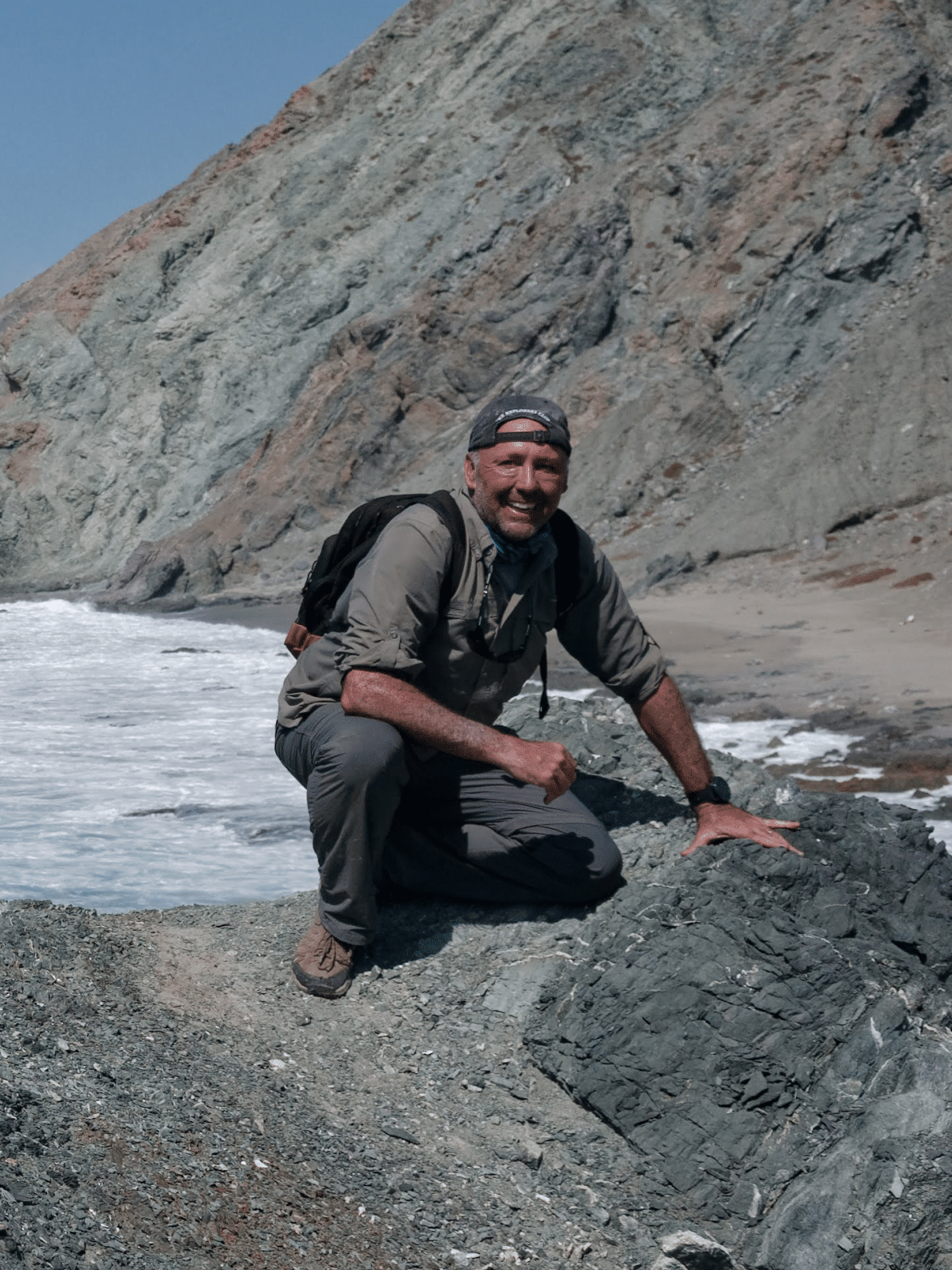 Peter has been a certified diver since he was 15 years old, and today holds many technical certifications including Instructor. He has logged over 3500 dives and has led global expeditions to the Red Sea, Cocos, Cuba, The Galapagos, South America. In 2019 he started the Dive exploration group Kaxaan Nautical Foundation, which in collaboration with INAH is dedicated to Inspiring Conservation of Nautical Heritage thru Exploration, Discovery and Community engagement. Peter has also been working in renewable energy for 10 + years, he is currently employed with Chicago based renewable energy developer Invenergy as the Director of Renewable operations for Mexico and Latam. 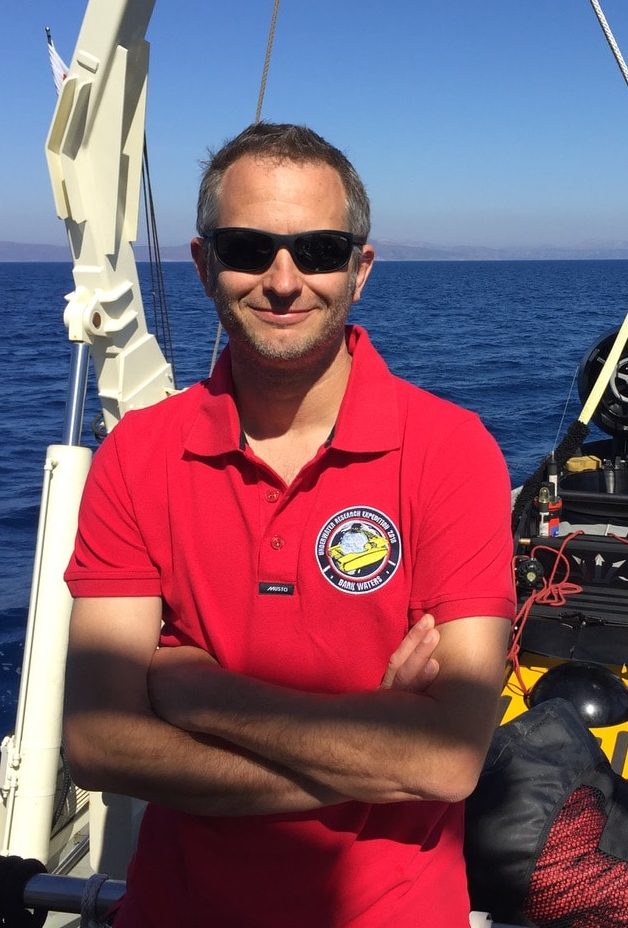 A world class diver, passionate explorer, and perpetual imaginer, Evan Kovacs began his work with subsea imagery in 2003 while working with the History Channel. He is one of very few people to film—in both 2D and 3D—the R.M.S. Titanic and her sister ship, H.M.H.S. Britannic. Over the course of his career, he has participated in expeditions to survey and film wrecks, caves, and archaeological sites across the United States, to the islands of the South Pacific, the English Channel, the jungles of Mexico and the Dominican Republic, the D-Day beaches of Normandy, the Mediterranean, Thailand, and Antarctica. His underwater and topside work can be seen on National Geographic, History Channel, Discovery Channel, PBS, CBC, NHK, and elsewhere. In 2009, he was nominated for an Emmy in videography for the NOVA program Lost and Found: Legacy of the USS Lagarto.

Since 2006, he has partnered with the Woods Hole Oceanographic Institution to film around the world with the deep submersible Alvin, the Pisces submersibles, and numerous remotely operated vehicles (ROVs). He frequently collaborates with the Advanced Imaging and Visualization Lab at WHOI to build and operate imaging systems for filming both above and below water for broadcast television, archaeological expeditions, and esteemed research institutions around the world.

Working with the United States National Parks Service, he first demonstrated Spooler’s capabilities on the USS Arizona Memorial in Hawaii in 2016. The expedition was featured on the PBS documentary Pearl Harbor – Into the Arizona.